Walmart, Target, Home Depot and other large retailers are chartering ships to bypass supply chain problems. Will the strategy save Christmas? 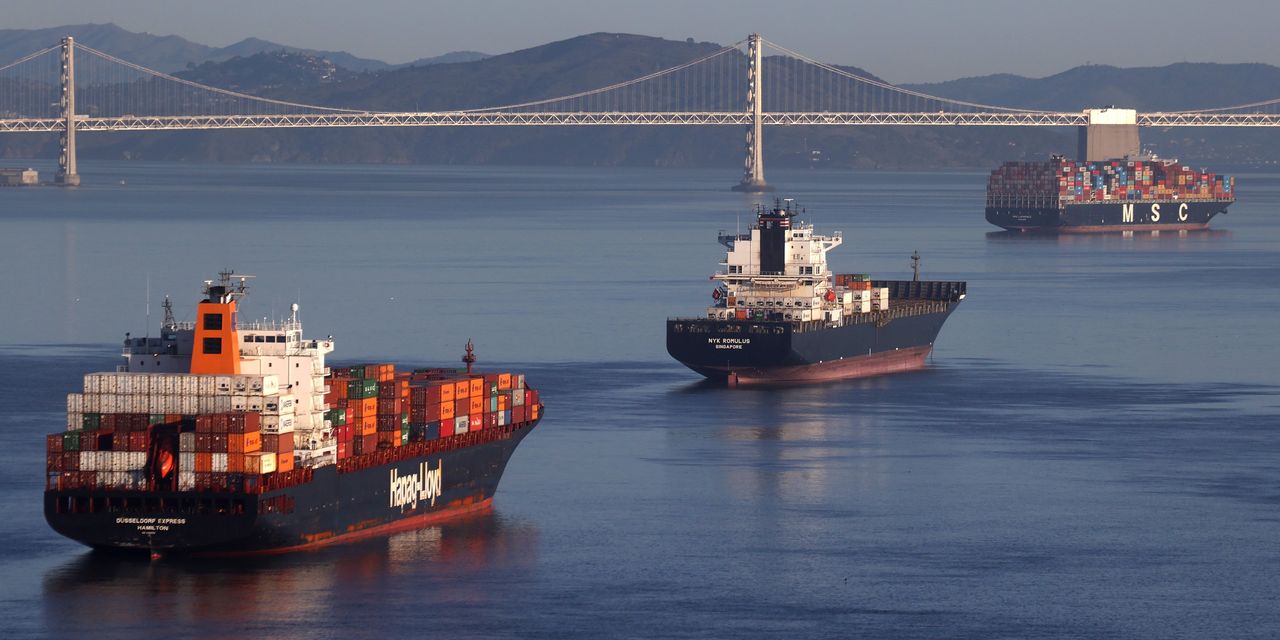 With supply chain channels snarled by the effects of the COVID-19 pandemic, major retailers like Target Corp. and Home Depot Inc. are taking matters into their own hands, chartering ships to deliver goods in time for the important holiday season.

Retailers large and small, consumer packaged goods companies and other businesses have been impacted by COVID-related bottlenecks at the ports, manufacturing shutdowns overseas and other high costs related to transporting merchandise. Dollar Tree Inc.
DLTR,
-0.50%,
for example, said that one ship was delayed for two months after a crew member tested positive.

Major retailers with deep pockets are putting their sizeable financial resources to use to avoid a holiday season supply chain disaster — but it comes at a cost.

“This is a very expensive thing,” said Michael Zimmerman, partner at global consulting firm Kearney, who says leasing ships is a solution for now. “If you’re a mid-size retailer or emerging fashion brand, you can’t rent your own ship.”

The cost to lease a ship runs from about $1 million to $2 million per month, according to Zimmerman, plus operating costs, including the cost of renting the containers, which can run in the hundreds of dollars. The biggest retailers are using between 500 and 1,500 containers per month.

And: Supply-chain troubles drive Salesforce’s forecast for 20% increase in prices this holiday season

“The most important aspect of this is the capacity play rather than the savings play,” Zimmerman said.

“Yes, there is savings but you are leasing the ship for two-to-three years, so it is a significant commitment that you will need to stick to or later sublet at a loss if the market for shipping containers crashes back down.”

Still, for these eye-popping prices and a lot of risk, companies that are chartering a ship now have a say on where it’s going, giving the company the flexibility to bypass clogged ports and other systems.

“Goods have been shifting to other ports, with imports through the ports of Seattle and Tacoma up 40.6% versus 2019 and imports through East Coast ports up 36.1% in the same period,” said Panjiva, the supply chain research unit of S&P Global Market Intelligence, in a report.

Los Angeles and Long Beach are two typically popular ports. Panjiva says import growth in those ports slowed in July and August. Media reports, such as this one from the Washington Post, have included mages of record lines of ships queuing to enter those ports.

Under normal circumstances, companies pay a fraction of the cost to share a ship with other clients and lease only the space they need for the goods they’re moving. When a company ships with a carrier or other intermediary, the cost to rent a container from the origin to the final destination can run to $10,000 each.

The cost for renting a container has been elevated through this turbulent period as well.

“We… chartered our own container ship to regularly bring Target merchandise from overseas ports to the U.S. As co-managers of the ship, we can avoid delays from additional stops and steer clear of particularly backed-up ports,” the company wrote in a blog post published on its site last month.

Target is kicking off the holiday season with Target Deal Days starting on Oct. 10.

Home Depot Inc.’s
HD,
+1.72%
Chief Operating Officer Ted Decker said the company came up with a “creative solution” to its problems with getting goods.

See: Shop early and expect to pay more: Supply-chain issues could be a stumbling block to upbeat holiday shopping forecasts

“Our supply chain teams recently leveraged our scale and flexibility to arrange for several container vessels for our exclusive use,” he said during the company’s second-quarter earnings, according to FactSet.

Walmart’s and Costco Wholesale Corp.’s COST chief financial officers also talked about their decisions to charter ships during their earnings reports. Costco has chartered three ships to move items to the U.S. and Canada from Asia in several thousand containers.

“Every ship can carry 800 to 1,000 containers at a time and will make approximately 10 deliveries during the course of the next year,” said Richard Galanti, Costco’s chief financial officer, on the fiscal fourth-quarter earnings call in late September, according to a FactSet transcript.

Also: Nike could lose production of 160 million pairs of shoes due to COVID-related facility closures in Vietnam, according to BTIG

Going back as far as the summer, analysts were sounding alarm bells for toy supplies during the important calendar period.

Data from Ware2Go, a United Parcel Service Inc.
UPS,
+0.91%
company that specializes in one-and two-day delivery, says 63.2% of merchants ordered their holiday inventory by August, 44.4% ordered more than usual, and 43.3% ordered earlier than usual. Still, nearly 20% of merchants say they’re unsure that items will arrive in time for peak season.

Off the ship, large companies have got the manpower to work around the clock to make adjustments to a system that has many moving parts, including management of merchandise that is currently in different stages of the supply chain.

“It used to be about optimizing for perfection,” he said. “But the experience that shippers [like these major retailers] have been through means there will be more contingency planning.”

For example, Zimmerman says consumer companies will likely plan for a ship leasing option that will give them a certain amount of merchandise volume that they can control even when things return to some form of normal.

Don’t miss: Are supply-chain disruptions ‘transitory’? Odds are low so here’s where to invest, says an analyst

The supply chain situation the world finds itself in has never been seen before, even when taking the Great Depression into account, says Zimmerman. Back then, issues built over time. Now, there are “insane gyrations” as the supply chain goes through the highs and lows of managing a continuing global pandemic that isn’t resolving in a straight line.

“The supply chain has been optimized for very efficient movements. All of this has been blown up,” he said.